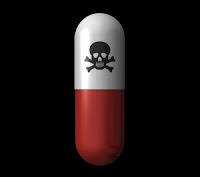 Remember; Democrats
you heard it from me
years ago!


Republican Marco Rubio killed your health care program!
If (When, because you will), lose your healthcare


Marco Rubio, A Trojan Horse For The GOP


Rep. Liz Cheney, the chair for the Republican Conference
stated that trump was talking about Obama’s Health-Care Program does not work
not about Race!

Liz Cheney;
it no longer will work
because the Republican controlled congress
systematically chopped it up!
And


Yes your leader, you and your comrades in arms are
(RACIESTS)!


Rep. Liz Cheney, the chair for the Republican Conference, said GOP opposition to Democratic ideas "absolutely nothing to do with race or gender or religion."
SAY WHAT?


The comment came as some Republican lawmakers are
speaking out
against the president's racist tweets
about four Democratic congresswomen.