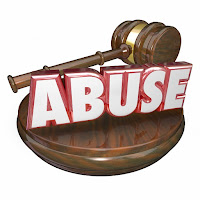 Abuse of (executive orders)
https://dailysoundandfury.com/Executive-Orders/
Thousands of thousands of citizens
voting 'against trump’ in 2020 are
‘White’ or white for the most part not necessarily non-white.

This white house and the republicans in congress want to limit the right of
non-whites from voting in order to keep abusing their power over the citizens of the country,
pure and simple!
Feb 21, 2001 · Executive Summary:
The Use and Abuse of Executive Orders and Other Presidential Directives.
Congress responded with hearings and the consideration of several bills designed to curb the President's authority to issue such directives.
In an exceedingly rare act, the courts even reacted by striking down one of President Clinton's executive orders.
Thousands of thousands of citizens voting 'against trump’ in 2020 are
‘White’ or white for the most part not necessarily non-white.

However;
cutting back on as many non-whites as possible, because you believe that they will vote against trump, is socialism (Nazi), communalism (Russia, China, N Korea)!

The trump administration
has made it clear
that it has not abandoned its efforts
to add the citizenship question on
2020 forms.
trump said last week that he is considering an executive order on the matter as well as printing the forms now and including the question in an addendum to the census next year. Trump has also argued that the 2020 census should be delayed, although its deadlines appear in statute.
trumps executive order on census
Ex-federal prosecutor calls Trump's possible executive order on citizenship question 'an idle threat'
https://legal-dictionary.thefreedictionary.com/Executive+Order
The president's power to issue executive orders comes from Congress and the U.S. Constitution. Executive orders differ from presidential proclamations, which are used largely for ceremonial and honorary purposes, such as declaring National Newspaper Carrier Appreciation Day.
Executive orders do not require congressional approval. Thus, the president can use them to set policy while avoiding public debate and opposition. Presidents have used executive orders to direct a range of activities, including establishing migratory bird refuges; putting Japanese-Americans in internment camps during World War II; discharging civilian government employees who had been disloyal, following World War II; enlarging national forests; prohibiting racial discrimination in housing; pardoning Vietnam War draft evaders; giving federal workers the right to bargain collectively; keeping the federal workplace drug free; and sending U.S. troops to Bosnia.
Historically, executive orders related to routine administrative matters and to the internal operations of federal agencies, such as amending Civil Service Rules and overseeing the administration of public lands. More recently, presidents have used executive orders to carry out legislative policies and programs. As a result, the executive order has become a critical tool in presidential policy making.

Posted by Walkingfox at 3:02 PM