Out of work with a larger than life bill?

Working for or buying from the outsourcing kings from Lowes/Home Depot?

How many products do you believe are American made and sold in China, South Korea, Japan or Any Arab country? 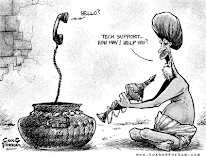 Outsourcing is an agreement in which one company hires another company to be responsible for a planned or existing activity that is or could be done internally, and sometimes involves transferring employees and assets from one firm to another.

Made in China! NO?

‘Made in South Korea’?

How many Floridians have been buying products from Lowe’s or Home Depot that seem to only last a few years? 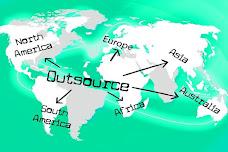 if not already have,

contributing more and vote for him again!

because it was a discontinued floor model

it is still a working ‘well used’ vacuum cleaner

Sorry; so old I cannot find a photo of it on the internet?

if you are lucky!

If you buy the insurance and live in Florida you are in for a nasty surprise!

Posted by Walkingfox at 7:33 AM No comments:

Once again I am wrong!

For the past four years

I have been unset with ‘donald’

for being the ‘Mastermind’ of the ‘Republican Party’?

Today it turns out that the truth is

‘donald’ is only a puppet of

How could anyone actually believe that ‘donald’ could ‘master’ anything

more complicated then a 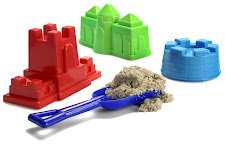 Posted by Walkingfox at 6:51 AM No comments:

As attorney general, Barr supported the six pardons that Bush issued related to the Iran-Contra scandal, including one for former Defense Secretary Casper Weinberger.

Before Barr joined the trump administration, his oldest daughter, Mary Daly, worked in the Justice Department as the director of opioid enforcement and prevention, but she left her role for the Treasury Department’s financial crimes unit as her father was confirmed. Daly’s husband currently works in the Justice Department’s national security division, and Barr’s other son-in-law, Tyler McGaughey, serves as an attorney in the White House counsel’s office.

Barr assumed his position in trump’s administration on Feb. 14, 2019, when the crooked, republican, stacked, Senate confirmed him by a 54-45 near party-line vote. He replaced acting Attorney General Matthew Whitaker, who held the top post since trump fired his first attorney general, Jeff Sessions, in November 2018. trump has said that Barr was his “first choice from day one.”

At Barr’s confirmation hearing, he expressed support for the border wall and a federal law banning anti-LGBT discrimination, argued against sanctuary cities and immigrants “abusing the asylum system,” and echoed trump’s mistrust of the press.

(the republican controlled senate allowed him to say  this disgusting statement)!

Despite the rhetoric in his earlier memo, Barr also argued that Mueller’s probe into Russian interference in the 2016 election must proceed. 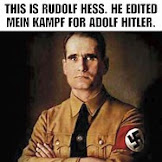 Rudolf Walter Richard Hess (Heß was a German politician and a leading member of the Nazi Party in Nazi Germany. Appointed Deputy Führer to Adolf Hitler in 1933, Hess served in that position until 1941. In addition to appearing on Hitler's behalf at speaking engagements and rallies, Hess signed into law much of the government's legislation, including the Nuremberg Laws of 1935, which stripped the Jews of Germany of their rights in the lead-up to the Holocaust.

While serving time in jail for this attempted coup, he assisted Hitler with Mein Kampf, which became a foundation of the political platform of the Nazi Party.

Posted by Walkingfox at 9:41 AM No comments:

trump's rise to power can be attributed to a mixture of factors, such as the strengths of the republican party, which he used to his advantage, culminating in his becoming president in 2016.

1.      trump is a convincing speaker, with the lies to make people support him.

2.      The democratic/independent political parties would not work together, although together they had more support than the trump republican party.

3.      The depression of 2007-2008 created poverty and unemployment, which made people angry with the Bush/Obama government. People lost confidence in the democratic system and turned towards the extremist political parties such as the Communists, Nazis and trump republicans during the depression.

5.      Fox news propaganda campaign was very effective and it won support for the trump republicans. The trump supporters targeted specific groups of society with different slogans and policies to win their support.

6.      trump was given power in a seedy political deal (lies), against 'Hillary Clinton' by the Republican party who foolishly thought they could control him.

7.      The American people were still angry about the two unnecessary gulf wars and supported trump because he promised to 'Make America Great again'?

Hitler's rise to power can be attributed to a mixture of factors, such as the strengths of the Nazi party, which he used to his advantage, culminating in his becoming chancellor in 1933.

9.      Hitler was a great speaker, with the power to make people support him.

10.   The moderate political parties would not work together, although together they had more support than the Nazis.

11.   The depression of 1929 created poverty and unemployment, which made people angry with the Weimar government. People lost confidence in the democratic system and turned towards the extremist political parties such as the Communists and Nazis during the depression.

13.   Goebbels' propaganda campaign was very effective and it won support for the Nazis. The Nazis targeted specific groups of society with different slogans and policies to win their support.

14.   Hitler was given power in a seedy political deal by Hindenburg and Papen who foolishly thought they could control him.

15.   German people were still angry about the Treaty of Versailles and supported Hitler because he promised to overturn it.

Posted by Walkingfox at 6:59 AM No comments:

How many of you can see the problem? 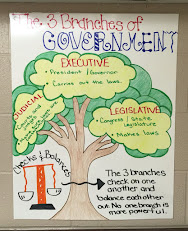 HOW LAWS ARE MADE - for children!

Yes; the problem is as plain as the nose on your face!

Talks between Pelosi and the trump administration broke down last month and there had been little optimism they would rekindle before Election Day. And last week, Senate Democrats scuttled a scaled-back GOP coronavirus rescue package.

Yes I and you know that McConnell and/or trump will not sign anything from Nancy Pelosi’s desk!

(trump and McConnell can go to Gehenna)! 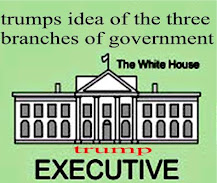 The House must force the senate to sit on their bill and explain the reason why to the ‘voting citizens of this country’!

If it is then passed to the oval office, let trump explain the reason why to the voting public!

Who allowed the White house to put its ‘two cents’ into a discussion within the ‘Congress of the Federal Government before it comes to the ‘oval office’?

A bill passes the House of Representatives and is sent to the Senate.

The Senate also passes the bill, but with a series of minor changes from the original version sent over from the House of Representatives.

“What is the next step for the bill before it becomes law”?

A. The amended bill goes back to the committee that originally reviewed the bill.

B. The amended bill must go back to the House of Representatives for a new vote of approval.

C. Both bills go to the president who decides which one to sign.

D. Both bills are rejected and bill’s sponsors start over.

B. The amended bill must go back to the House of Representatives for a new vote of approval.

At no time is any president allowed into this discussion (EVER)!

Yes I and you know that McConnell and/or trump will not sign anything from Nancy Pelosi’s desk!

Those who support the bill say “yea,”

and those who oppose it say “nay.”

If a majority of the Senators say “yea,” the bill passes in the U.S. Senate and is ready to go to the President.

(trump can go to Gehenna)!

Posted by Walkingfox at 1:06 PM No comments:

Their God has many names

gave Abram the name Abraham and the 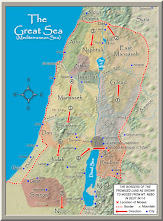 Checking history of the land in question, there was no country in that area back then?

Their God has many names.

This will go on until the end of time!

trump hosts officials from Israel, UAE and Bahrain, but unclear what deals will do

The UAE and Bahrain would become only the third and fourth Arab countries to formally open ties with Israel, a country most Middle Eastern nations have long refused to recognize, in part for its failure to resolve the conflict with Palestinians.

White House officials were planning an elaborately choreographed ceremony, describing the agreements as major “peace treaties,” even though Israel is not at war with either country and already enjoys business and security ties, albeit discreetly, with both Arab countries.

Tensions between the Zionist movements and the Arab residents of Palestine started to emerge after the 1880s,

Posted by Walkingfox at 2:21 PM No comments:

Biden place a wreath at the remembrance wall 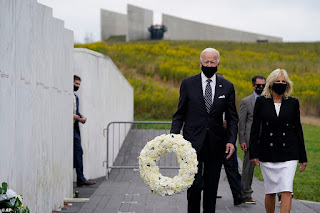 Why did Joe Biden place a wreath at the remembrance wall?

Mr. and Mrs. Biden took the time to visit with the families of some of the 911 victims and carried a wreath to the wall September 11th 2020! 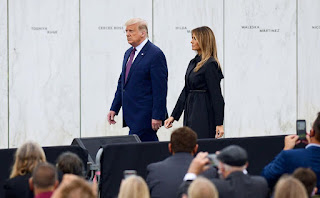 Mr. and Mrs. trump walked past the wall as if it was not there and besides the trumps believes that the victims were “losers” and “suckers”!

And they cannot vote for him!

He spoke to mourners about his respect for the passengers on the flight who sacrificed themselves to help bring it down, and said sacrifices like theirs 'mark the character of a country'

The Democratic candidate later visited the Shanksville Volunteer Fire Department, where he delivered a Bundt cake and pastries to firefighters

Joe Biden visited the Flight 93 National Memorial on Friday afternoon shortly after trump paid tribute to the victims of the 9/11 plane crash in Pennsylvania on the 19th anniversary of the terror attacks.

Hours after attending a memorial service in New York City, Biden and wife Jill traveled to the memorial where the former vice president laid a wreath and greeted relatives of one of the slain crew members, First Officer LeRoy Homer.

Wearing a mask and practicing social distancing, Biden greeted Homer's family with elbow bumps before going on to meet another family of a victim, as well as a young bagpipe player, whom he asked about her college plans.

He spoke about his respect for the passengers on the flight that sacrificed themselves to help bring it down, and said sacrifices like theirs 'mark the character of a country. 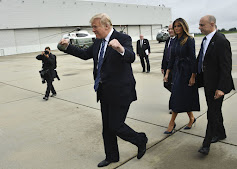 Posted by Walkingfox at 7:05 AM No comments:

Email ThisBlogThis!Share to TwitterShare to FacebookShare to Pinterest
Older Posts Home
Subscribe to: Posts (Atom)
John Robert Lewis “Never Give Up”! – “Never Give In”! – “Always Keep The Faith”- - Whoopi said, “Don’t get scared, It’s your country, take it back” - Elijah Cummings said; “This is our Watch”