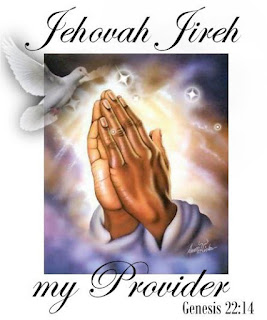 If the only thing that our NRA controlled government is ever going to allow you after all of those weapons deaths, is for the dead, wounded, and survivors after the hundreds of thousands of shooting, 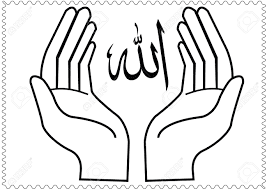 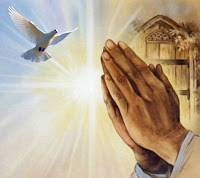 We the People in this country seem to only be concerned with ‘More Weapon’ and 'less people'! (Shooting at Maryland’s Capital Gazette newspaper)

‘Thanks for your prayers
but I couldn’t give a **** about them.
(Prayers)
Annapolis survivor drops live F-bomb in CNN interview
Martin Cizmar


In an emotional interview she recounted to Cooper covering the shooting at the Pulse nightclub in Florida where she went to school, and hearing survivors talk about texting their families as they hid from a shooter. And then, today, she was at work and hiding from a shooter.


“I don’t know what I want right now but I’m gonna need more than a couple days of news coverage and thoughts and prayers…thanks for your prayers but I couldn’t give a f*ck about them if there’s nothing else,” she told the unfazed CNN host.

Do not legalize marijuana, punish the users with prison!
You take you get baked.
What the heck is baked?
?????Baker Act?????
However, never adjust the laws on the books as to who should never have a weapon!
Like lazy weapons owners or crazed people that should already be Baker Acted!
Let’s hang those Mar I ju ana criminals.

Posted by Walkingfox at 8:24 AM No comments:

Welcome Kanata, Ontario, Canada
https://en.wikipedia.org/wiki/Kanata,_Ontario
To, our main website (4) times?
http://www.sachem-uncas.com/
Please remember that one can always
comment, ask questions and/or friendly dispute
on any of our websites, blogs and postings on any site.


I write without an apology; Because of the end time Evil in our land lately!

What about the USS Pueblo?


What about the USS Pueblo?

We want all of our MIA's not just a few hand-outs.
https://www.militarytimes.com/news/your-military/2018/06/19/us-remains-coming-home-from-north-korea-soon-report/
“United Nations Command Korea is planning for the repatriation of the remains of U.S. service members previously recovered by the Democratic People’s Republic of Korea,” said Col. Chad Carroll, a spokesman for U.S. forces in Korea. “We owe a profound debt of gratitude to U.S. service members who gave their lives in service to their country, and we are working diligently to bring them home.”


What about the USS Pueblo?


Shouldn’t any agreement between The United States of America and North Korea also include the return of our research ship?


On January 23, 1968, the USS Pueblo, a Navy intelligence vessel, is engaged in a routine surveillance of the North Korean coast when it is intercepted by North Korean patrol boats. According to U.S. reports, the Pueblo was in international waters almost 16 miles from shore.

Do not disparage the person you disagree with!


It is still working for his base.
Who are these ‘Good Guys’?
Human-beings! 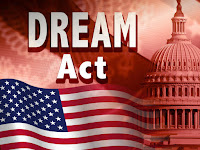 He needs to drop Dreamers act and the Wall and grow up!
Mein Kampf Trumps way
THE BIG LIE
Hitler said,
“When you lie, tell big lies.”
Because they are more credible.


He says that if you tell a big enough lie often enough people will believe you.


Trump said he would be signing an executive order later Wednesday that would end the process of separating children from families after they are detained crossing the border illegally.


Big deal,
he created this immigration mess,
he should be the one to change.


“We want to keep families together. It’s very important,”


Trump told reporters during a White House meeting with members of Congress.


“I’ll be signing something in a little while that’s going to do that.”


The effort would mark a dramatic departure for an administration that has been insisting, wrongly, that it has no choice but to separate families apprehended at the border because of the law and a court decision.

Trump speaks during a meeting with Republican members of Congress on immigration in the Cabinet Room of the White House, Wednesday, June 20, 2018, in Washington. From left, Sen. John Hoeven, R-N.D., Treasury Secretary Steve Mnuchin, Trump, and Rep. Mac Thornberry, R-Texas. (AP Photo/Evan Vucci)
Posted by Walkingfox at 2:49 PM No comments: 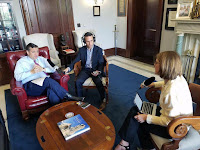 It is called (Democrat Robert Francis "Beto" O'Rourke), running for his senate seat!


Sen. Ted Cruz (R-Texas) is defending the Trump administration’s policy of separating migrants from their children when they are apprehended at the border, saying it can't be avoided when people illegally cross the border.


"There's actually a court order that prevents keeping the kids with the parents when you put the parents in jail," Cruz told the Dallas public radio station KERA on Monday, according to a report in The Dallas Morning News.


It is called "Fear of losing your gravy-train seat in the senate!"


Cruz’s Protect Kids and Parents Act would require the federal government to keep immigrant families together “absent aggravated criminal conduct or threat of harm to the children.”


Rubio, who has since backed away from supporting the Senate immigration bill he once cosponsored,
asked Cruz if he would rule out ever legalizing people who are in the country illegally now.


“I have never supported legalization, and I do not intend to support legalization,” Cruz said. “What you do is you enforce the law.”
Posted by Walkingfox at 3:17 PM No comments:

Do we have a Russian spy in our White House

O.K. It’s Official; we have a Russian spy in our White House

We need to hurry and push special investigator Robert Mueller along to stop the guy in the White house because even trump is not that stupid?


Trump announced a halt to joint military exercises with South Korea on Tuesday, raising alarm at the Pentagon, in Congress and among allies that the U.S. might back away from longstanding defense commitments in the region without concrete concessions from long belligerent North Korea.

Trump unveiled the move at a news conference with North Korean dictator Kim Jong Un after their summit in Singapore.


He said he also wants to eventually withdraw the more than 28,000 U.S. troops permanently stationed in the South as a deterrent against North Korea, which only months ago was threatening Seoul and Washington with nuclear war.

96-year-old gets a pat down 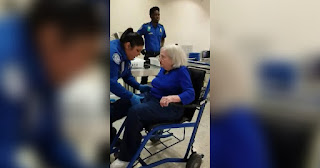 96-year-old in wheelchair gets thorough pat down


How do we know the mind of all of the travelers going through all of the airports?


What if let’s say, the daughter of this women was a terrorist or a friend of a terrorist and you and/or a loved one is going on that plane, would this have any effect on your thinking about the use of all safety precautions before the plane is in the air.?


What about an easy way to commit suicide?
Just asking,


The plane could come down on you or someone you love.

Competition to build the Navy’s next warship

Competition to build the Navy’s next warship


Before reading this article howbeit very important, can we first think this out?


And
From any country around the world I might add.
Say What?
Whatever happened to (Made in America)?
(Make America Great Again)?
Are you telling America that there are no American Companies capable of building our (War Machines)?
Not a company in America
owned by a company
in other countries!
I believe that this is what we did with 'Communist China' and now 'Communist China' wants to destroy this county!
Also
Question?

What about the
(Raytheon’s SM-6® missile delivers a proven over-the-horizon offensive and defensive capability by leveraging the time-tested Standard Missile airframe and propulsion system. It’s the only missile that supports anti-air warfare, anti-surface warfare and sea-based terminal ballistic missile defense in one solution—and it’s enabling the U.S. and its allies to cost-effectively increase the offensive might of surface forces)?


Missiles like this will take out any ship in any water!
So


Why not just make ‘drones, ship's, planes and more missiles that fit on them?


Competition is heating up in the race to build the Navy’s next warship, with foreign and U.S. manufacturers vying for a multibillion-dollar opportunity.


In February, the Navy announced it had shortlisted five shipbuilders for the FFG(X) program, which calls for a replacement for the littoral combat ship.


Lockheed Martin, General Dynamics, Huntington Ingalls, Austal and Fincantieri were awarded research-and-development contracts this year, and the service expects to pick a single company to oversee the program in 2020.


The opportunity has sparked a competitive scramble among the five companies shortlisted for the project. Fincantieri, a Trieste, Italy, manufacturer that maintains a U.S. shipyard in Wisconsin, took the opportunity last week to showcase the ITS Alpino warship in Baltimore, while the Italian navy embarked on a tour along the U.S. Eastern Seaboard.


Deployed on cruisers and destroyers in the U.S. Navy, the SM-6 missile provides Joint Force and Strike Force Commanders fleet air defense against all types of aircraft – manned and unmanned; land-attack anti-ship cruise missiles in flight; ballistic missiles in their terminal, or final, stage of flight over land or sea; and targets on the ocean’s surface. The missile is subsequently considered a triple threat, providing anti-air warfare, sea-based terminal ballistic missile defense and anti-surface warfare. The SM-6 missile is the most affordable missile per defended area and threat set and continues to perform beyond expectations and its original intended mission. It’s now one missile with three missions.


Vertically launched from a MK 41 VLS canister, the SM-6 missile is compatible with existing AEGIS cruisers and destroyers and future cruisers and destroyers. The system’s operational modes include semi-active homing and active homing to provide highly accurate target engagement, and it incorporates the advanced signal processing and guidance control capabilities of the AMRAAM® air-to-air missile.

Posted by Walkingfox at 7:24 AM No comments: