People that work one or more jobs a day do not have the time to also keep track of who is the better person for the White house.

The Republican Party knows this; the Democratic Party does not or does not care?


And
The two Socialist/ Independents
are still at the top of
the Democratic Party!

Yes you heard me right,
these two were at the top
of making sure that
the Democratic Party lost
to anyone in 2016
and

guess what,
they are both at it again
and
this party once again is
allowing it to happen! 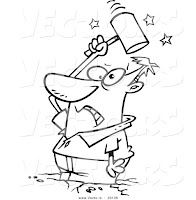 
How many times do the Democrats put a candidate in the news and/or on Tweeter or Face book?


Better question, who would this candidate be?
So
You think that it is too early to run a candidate?
Right?


This is what happened in 2016,
along with that senator from Massachusetts pushing the Democrats to vote for a Socialist/ Independent senator from Vermont and the Democratic Party pushing against Hillary I guess because she it a woman!
http://thehill.com/homenews/campaign/311436-top-15-democratic-presidential-candidates-in-2020

Posted by Walkingfox at 1:51 PM No comments:


As a descendent of proud ancestors of this land,
before first contact from your people


My people's religion was In tune with nature (still is).


They grew food and if necessary to hunt, prayer to Creator before during and after a hunt,
a hunt made necessary because Eve and Adam ate the forbidden fruit!


You remember them don't you, Your People!


This land was tame long before you were even a twinkle in your great-grandfathers eye.


Trump to Naval Academy Grads:
‘Our Ancestors Tamed a Continent’ 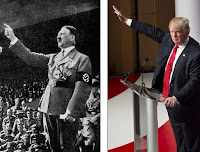 'Would that be the continent of 'Nazi-Germany'?


On Friday at a Naval Academy commencement address, your president gleefully proclaimed that “our ancestors tamed a continent,” adding that “we are not going to apologize for America,” because why would a decent human being apologize for genocide or refrain from calling human beings savages (i.e., those who need to be “tamed”)?

Posted by Walkingfox at 9:17 AM No comments:

Number 22 so far this year!


Washington/NRA, when is it the O.K. time to be able to blame you both for this one of 22?


A Galveston County commissioner said the injured officer worked for the Santa Fe school district as a school resource officer.


At least eight people -- and as many as 10 -- have died as a result of a shooting Friday morning at a high school in the southeastern Texas city of Santa Fe, Harris County Sheriff Ed Gonzalez said.


This is the third school shooting in eight days, and the 22nd since the beginning of the year in the United States.

Number 22 so far this year! 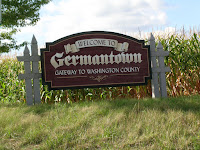 Welcome Aboard Mates Germantown, Wisconsin
https://www.village.germantown.wi.us/
From the
Nav Source Online: Service Ship Photo Archive
http://www.navsource.org/archives/09/13/130260.htm
To my Military site
Welcome Aboard
http://www.ussbetelgeuse.com/
Some of my people also traveled west to your area
Samson Occum
http://www.sachem-uncas.com/occum.html
Posted by Walkingfox at 10:16 AM No comments: 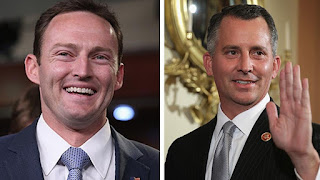 Patrick Murphy     and   David Jolly
Something good from a lot of bad?


In Congress, the typical workweek is from Tuesday through Thursday.


The Ocala Star-Banner.
Trying to end the dysfunction
Our Opinion:


Two former Florida congressmen, a Republican and a Democrat, are traveling the state to talk about bipartisanship.


So they had incentives to seek moderation.


For the next generation.


The duo has three proposed reforms:
Address gerrymandered districts,
Closed primaries
And
The distorted role of money in politics.


The Fair Districts Amendment has improved matters a bit, but mainly along geographic lines.


The next phase of the effort should seek to create districts that are closer to 50-50 representation, Murphy and Jolly said.


Murphy and Jolly support a system that will allow voters to vote in whichever primary they choose.


Finally, Jolly and Murphy said something must be done to radically change the way money dominates politics.


This is what our fore-fathers, our states, the country and the voting public have been wanting since the very beginning of the country!