Read this and weep trump voters!

What trump cut in his agency budgets


Read this and weep trump voters!


trump federal budget 2018: Massive cuts to the arts, science and the poor


By Kim Soffen and Denise Lu


On May 23, the trump administration released his full 2018 budget proposal, which details many of the changes the president wants to make to the federal government’s spending.


[Graphic: What Trump cut from the social safety net]


Here are the 66 programs eliminated in trump's budget

Checks and Balances in government


Why are there three separate and distinct branches of government, each with a different function?
The framers of the Constitution did not wish to return to the totalitarian system
of
governance imposed on colonial America by the British government.


To ensure that no single person or entity had a monopoly on power,
the Founding Fathers designed and instituted a system of checks and balances.


A grant from the Home Depot Foundation helped volunteers build a 40-foot wheelchair ramp and install smoke alarms and carbon dioxide detectors on the home.


Jim Jandrew, director of weatherization programs for the Council on Aging, said he hopes Home Depot’s involvement inspires other businesses to help veterans where they can.


After gingerly walking out onto the front porch of his St. Cloud home, 93-year-old Albert Sturzenegger stood leaning on his blue walker, amazed.


About a dozen volunteers scurried about, working to build a ramp and take care of some landscaping that will make it easier for the U.S. Navy and World War II veteran to get around.


“Holy moly,” he said, drawing laughter from the workers milling about, screwing together the planks that would become a ramp.


https://sachemspeaks.wordpress.com/2018/01/22/home-depot-foundation-to-assist-aging-veterans/
The project was the work of the Osceola Council on Aging, along with local veterans and the Home Depot Foundation, which team up regularly on work to assist aging veterans in the area.
http://www.orlandosentinel.com/news/breaking-news/os-aging-volunteers-installations-20180120-story.html

No one is going to read
all of this posting
so
Bottom line on
Wall Street,
The New Tax Bill,
and
Trump said, “It’s the Economy stupid”!
If you are rich, you get richer under trump.
If you have a lot of
stocks and Bonds
so far it is good.
If you have both
your economy looks good for now.


What is Wall Street?


A place for people with a lot of stocks to hunker down and try to get more stocks and/or make more money!


Wall Street affects the U.S. economy in a number of ways, the most important of which are –


Wealth Effect: Buoyant stock markets induce a “wealth effect” in consumers, although some prominent economists assert that this is more pronounced during a real estate boom than it is during an equity bull market. But it does seem logical that consumers may be more inclined to splurge on big-ticket items when stock markets are hot and their portfolios have racked up sizeable gains.


Consumer Confidence: Bull markets generally exist when economic conditions are conducive to growth and consumers and businesses are confident about the outlook for the future. When their confidence is riding high, consumers tend to spend more, which boosts the U.S. economy since consumer spending accounts for an estimated 70% of it.


Business investment:  During bull markets, companies can use their pricey stock to raise capital, which can then be deployed to acquire assets or competitors. Increased business investment leads to higher economic output and generates more employment.


The Senate passed the GOP bill early Wednesday morning and the House then voted on it for a second time to fix technical problems with the legislation, the final step before it's sent to President Donald Trump for his signature. No Democrats in either the House or Senate backed the measure.


It is the president's first significant legislative accomplishment and the biggest tax overhaul in a generation.


CNN writes it this way - Highlights of the bill


The plan -- which critics say is heavily weighted to ease the tax burden on businesses rather than the middle class -- drops the corporate tax rate down from 35% to 21%, repeals the corporate alternative minimum tax, nearly doubles the standard deduction for individuals and restructures the way pass-through businesses are taxed.


The bill keeps seven personal income tax brackets and lowers that tax rates for most brackets, including dropping the top rate to 37% from 39.6%.


For more on what exactly is in the bill's policy, check out CNN Money's full rundown.


The Joint Committee on Taxation found that all income groups will, on average, see a tax cut in 2019, though the projections worsen over time. In 2019, all taxpayers would see an 8% tax cut. The JCT, however, found that by 2027 taxpayers earning up to $75,000 would receive a tax increase -- this would stem from the sunsetting individual rate cuts in the final GOP bill, along with the repeal of Obamacare's individual mandate.


Forbes QUOTE OF THE DAY
is


This Saturday is the one year anniversary of President Donald Trump’s inauguration. Over the past year, the stock market has boomed, GDP growth has improved and unemployment is at an almost 17-year low. However, job gains were lower than any of the past six years and wage growth was less than last year.


President Trump inherited an economy that was on a good trajectory with solid job growth and low unemployment. Trumps own mark on the economy will be based on the long-term impact of his new tax laws.


The biggest economic questions going forward are how much growth will tax reform generate, and what will Trump do with various trade agreements such as NAFTA? These could determine what happens to the U.S. economy and the stock markets over the next few years.


We have developed a publicly available Google
document,
which tracks over 100 indicators to help evaluate the progress and potential of “Make America Great Again.”
Posted by Walkingfox at 10:37 AM No comments:

What is the fess over DACA?

Which political party
would DACA children
more they likely
vote for? 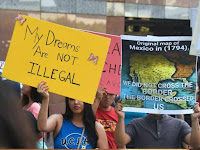 
Why the Republican Party wants to remove all immigrants from this country?


Why the Democrat and Independent parties want to improve the DACA Program?


Who Are the Dreamers?


How many are from ‘White Skin Countries’?


How many are from ‘Dark Skin Countries’?

Most DACA Immigrants
Come From
These 15 Countries


As you can now see,
in writing,
what the fuss is all about!


Please vote
your faith
and
conscience!

Why did Cmdr Benson get relieved of duties? 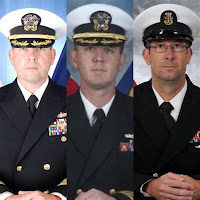 This is sad however always the same!


In the military service
the buck is passed
up the ladder?


A captain of any ship
has the responsibility
to train
all below her/him.


This could explain his being relieved duty?


However,
some trips out of port
can take days
if not weeks
and
even months.


He can, should and does
hand the ship over to his executive officer
at times
for rest, eat and sleep
one must assume?


If or when this happens,
the executive officer becomes the Captain
of the ship
until relieved by
his Commanding officer
(the Captain).
Why did both get the relieved of their duties?


Which one was the Captain of the Ship
at the time of the crash? 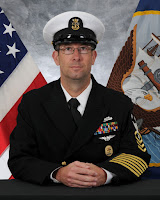 Master Chief Petty Officer Brice Baldwin
was in charges of the duty roster
and
reasonable for the lookouts
so he must go along with the lookouts and helmsman!

Cmdr Benson
and the Fitzgerald’s second-in-command,
or
executive officer,

Cmdr Sean Babbitt,
both of whom were asleep in their cabins when the ships collided, and the Fitzgerald’s senior enlisted sailor, Master Chief Petty Officer Brice Baldwin, were relieved of their duties aboard the Fitzgerald. Cmdr Benson, as well as several sailors on watch that night will face what the military calls no judicial punishment.


Who was in charge of the lookouts and the helm at the time of the crash?


This my friends was my old navy.
Posted by Walkingfox at 3:00 PM No comments: 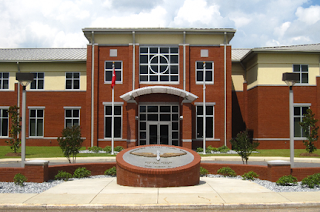 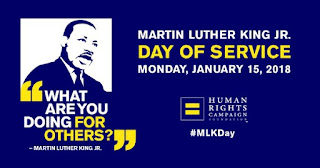 Posted by Walkingfox at 7:38 AM No comments:

Welcome and thank you for your visit Pato Branco Parana


Following my blogs and the main website you might notice that I am one years older then your city?


Looks like your city is fearing better then me?


However, we both worship the same Creator (plus the son)!


Again
Thank-you for your visit my new friends.

Posted by Walkingfox at 7:14 AM No comments:

We are all tan in the eyes of our loving pets! 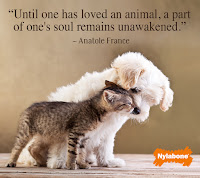 We are all tan in the eyes of our loving pets!


My better half has said for 30 plus years!


The rest of this country needs to get behind
HRC, Virginia, Alabama, Arkansas and Mississippi movement .


At the very least we must follow the examples
shown by our
brothers and sisters
in the great states
of
Virginia and Alabama
while each dumps
followers of the
two Russian puppets
(Trump and Pence)!


It should no longer matter
your political party choice,
your color,
your race,
gender,


if you have
or
do not have
a religion.


Do you really
want to
become a citizen
of 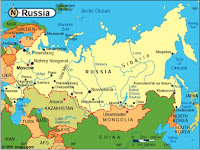 
“Ralph Northam consistently campaigned on a platform of equality for all Virginians,” said JoDee Winterhof, HRC Senior Vice President for Policy and Political Affairs. “By electing Northam and other fair-minded candidates up and down the ballot, Virginians resoundingly rejected the Trump-Pence politics of hate, fear, and discrimination. There is so much work to do in Virginia, and we look forward to working closely with Governor Northam to advance LGBTQ equality across the commonwealth.”


HRC's Project One America is a comprehensive, multi-year campaign to dramatically expand LGBTQ equality in the South through permanent campaigns in Mississippi, Alabama and Arkansas.


To our main website while looking for one of our words.


A little help if I may my new friend? 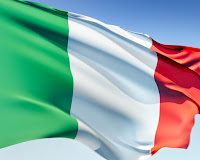 Remember that the word Aquine was in use for many years before the Roman Empire (Latin), before horses were in the eastern parts of this land and long before Italians came to Native American Country.


The Meaning of Aquine, is our way to show peace not war, friendship instead of fighting and a way to enter any village or gathering with respect.


Hope that this is helpful in your quest for knowledge of our people?


If not please look into our

For more sites about our people.
Posted by Walkingfox at 2:42 PM No comments: