Let’s face the truth for a change?

The Republicans in Congress and their 'president Pinocchio’ (Gehenna trump),
know that about
(95% of the citizens of Puerto-Rico and the immigrants),
coming into the country from our borders would vote Democratic or Independent,
so they are hell bent on keeping them under their thumbs!


So, the question remains,
"Who is holding up relief to Puerto-Rico
and
who is stopping the immigrants at our borders"?

Who in 2019 is holding up federal aidto Puerto Rico now?

Posted by Walkingfox at 7:18 AM No comments: 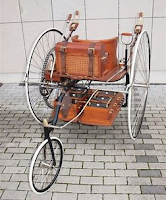 Should we just give up on Electric Vehicles?
https://www.bing.com/images/search?q=images+of+the+first+electric+vehicle&go=Search&qs=ds&form=QBIR
Jaguar and Audi electric car recall!
Heck No!
Did we just give up on
Steam, gasoline or diesel driven vehicles?
Heck No! 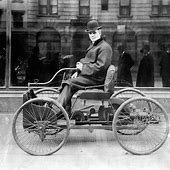 Ford Quadricycle In 1896
The Ford Motor Company. In October 1908, the Model T
Diesel engines began to be used in automobiles in the 1930s. Mainly used for commercial applications early on, they did not gain popularity for passenger travel until their development in Europe in the 1960s
So,
what’s the problem with
‘Electric driven vehicles’?
‘The Gas and Oil companies,’
big fat paychecks
to our politicians that’s what!
Take their fingers out of the dam,
so to speak,
and
we will be swamped with
inexpensive economical electric vehicles.
The first successful electric car
made its debut around the 1800’s
It’s hard to pinpoint the invention of the electric car to one inventor or country.
Instead it was a series of breakthroughs -- from the battery to the electric motor -- in the 1800s that led to the first electric vehicle on the road.
In the early part of the century, innovators in Hungary, the Netherlands and the United States -- including a blacksmith from Vermont -- began toying with the concept of a battery-powered vehicle and created some of the first small-scale electric cars. 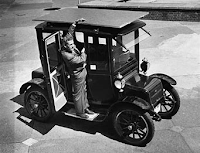 Normandy landings
https://en.wikipedia.org/wiki/Normandy_landings
Because of this new world we are now living in, this should be remembered?
First
I am so proud of the brave men and women of those two wars
(WW-1 &WW-2) and every war for freedom ever.
Please remember, many of my ancestors
served in both wars, plus in Korea.
I do wish to add if you will?
Second
Let’s remind the Russian Government to not forget that if not for D Day, the Russian people would be speaking German!
Third
If not for the defeat of the Japanese, the Chinese people would be speaking
(名古屋弁, Nagoya-ben and (尾張弁 Owari-ben) the Japan language!
Also

As a sailor I remember all of my brothers
in all of those ships of D Day and landing crafts,